Haïti In Haiti, BSF develops access to knowledge and information through digital technology

In Haiti, BSF is implementing one of its tools already used around the world: Ideas Cube. Created in 2015, this digital library is totally autonomous and portable: it works without an internet connection to provide access to information in the most remote places.

The project is particularly aimed at populations with little or no literacy skills to enable them to access knowledge and information to strengthen their knowledge and support their integration into Haitian society. This project is part of the DIRECCT (Digital Response Connecting Citizens) programme financed by the European Union in partnership with the Organisation of African Caribbean and Pacific States, and piloted by the French Development Agency.

The Ideas Cube creates a Wi-Fi hotspot that users can connect to using a smartphone, tablet or computer to access thousands of educational, cultural or training resources. 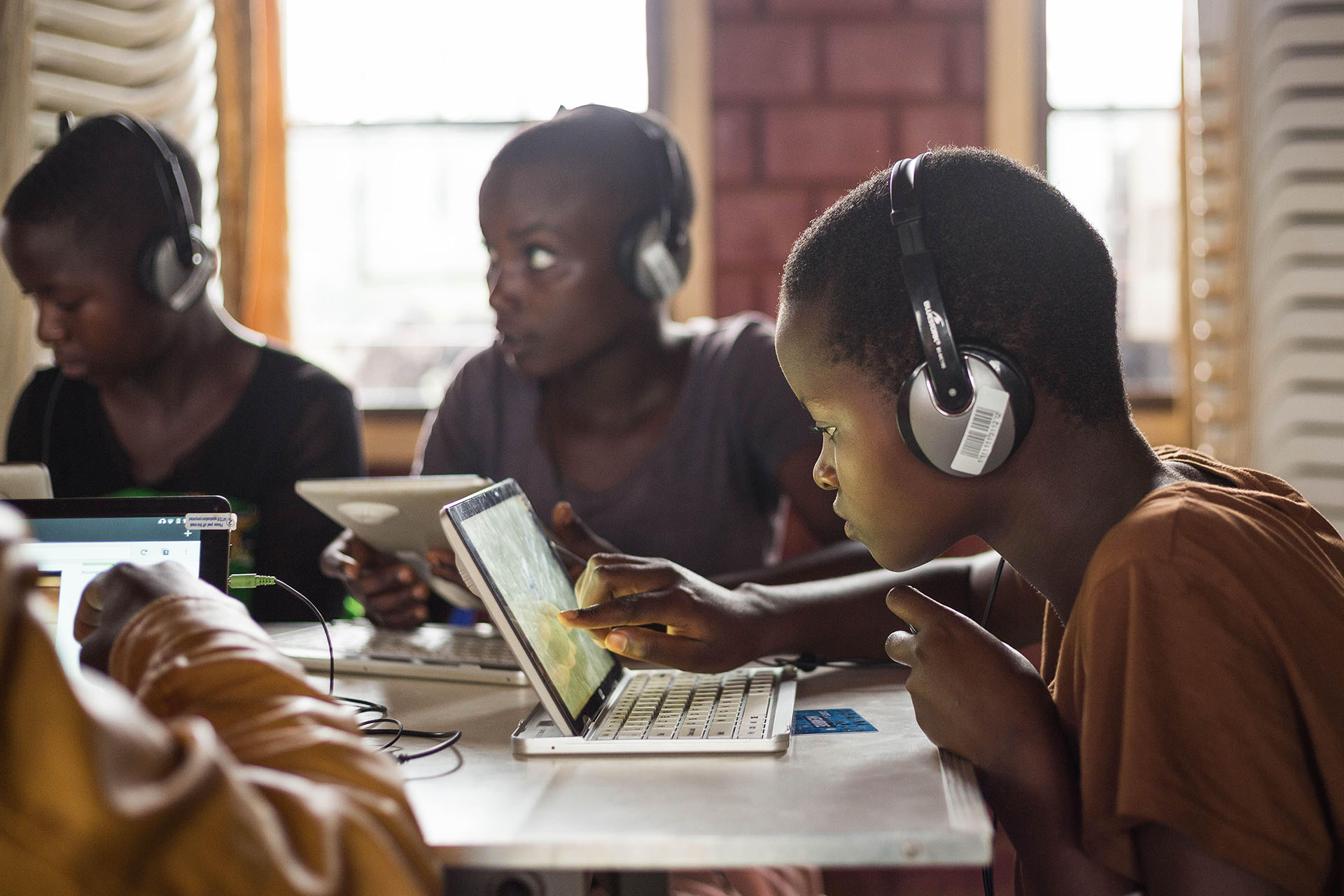 In a library, school or medical clinic in a rural area, the Ideas Cube makes content available in the form of text, video or online courses and allows up to 40 simultaneous connections. When connected to the Internet, the Ideas Cube can be updated with new content. User data and frequency of use are then collected to best meet their needs in the field.

These resources are consulted by the users (with their own equipment or with the material made available within the framework of the project) via a dedicated interface, organized by category and easy to navigate. They can also be downloaded locally.

BSF has already intervened in Haiti on several occasions, notably in the refugee camps following the earthquake which caused the death of 280,000 people and left 1.3 million homeless. BSF has supported the creation of libraries and book access points in nearly 20 camps on the island: 300 “story boxes” have been installed. Information boards have also been set up to share verified information and combat rumors. These spaces have enabled Haitians to find themselves, to better understand their future and to rebuild their lives. 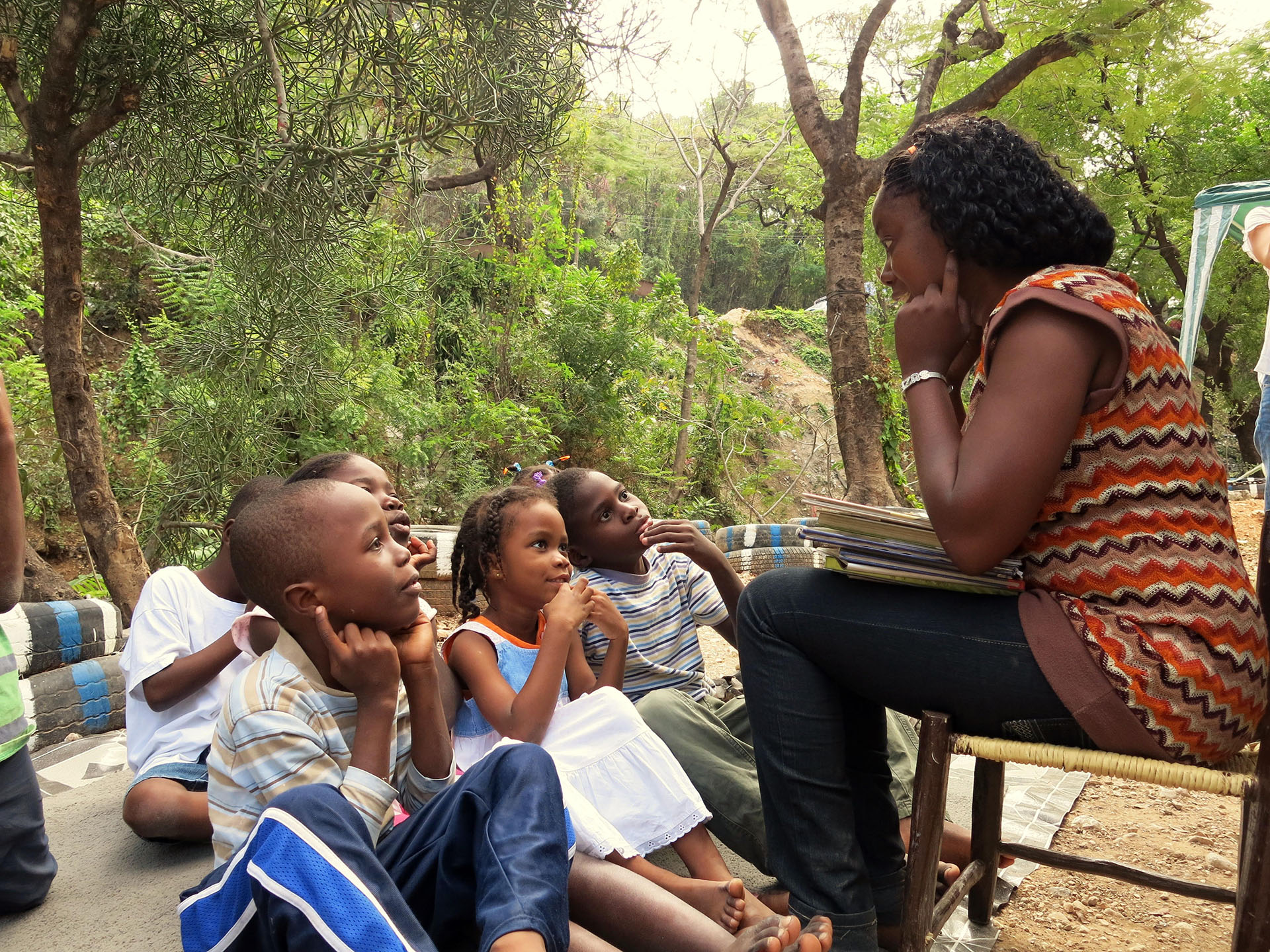 Today, BSF’s intervention takes place in a different context, but information remains a key factor in reducing inequalities. In the poorest country in Latin America, the education system is highly privatized and the level of literacy is one of the lowest in the world: according to UNESCO, it is 48% and only 26.9% of women reach the second level. BSF will equip 10 local partner organizations with ” Ideas Cube ” and 10 tablets for each of them. They will have access to content on health and education, both in Creole and French, through MOONCs (teaching courses broadcast on the internet), videos, websites, documentation, applications, etc.

In 2012, the international appeal of Bibliothèques Sans Frontières (BSF) was supported by more than a hundred intellectuals, including eight Nobel Prize winners. The NGO’s ambition is to make the intellectual dimension of the human being in danger a priority in emergency aid.

All over the world, BSF campaigns for the inclusion of libraries in the public debate as essential places to reduce inequalities and promote the emancipation of individuals.

BSF has already intervened in more than 50 countries to give the most vulnerable populations the capacity to be autonomous and to flourish through open and free access to education. More than six million people have benefited from these actions in very different contexts.

In the course of its projects, BSF has selected and transmitted more than 35 000 contents in 25 languages and in a wide variety of contexts, from the employability of young adults in West Africa to the digital support of the elderly in France.

Thus, nearly 10,000 librarians, teachers and facilitators in educational and cultural mediation have been trained with the aim of becoming true entrepreneurs of change capable of having a strong impact on their audiences and communities.